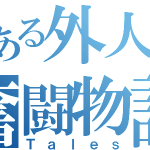 Jenglish = Japan made English In advance of the Tokyo Olympics, Japan started speaking English. It is undoubtably a lovely thing to do, and foreigners greet the initiative with a storm of applause. And yet more and more foreigners online say the English posters or translations are hard to understand. The Internet has already coined this phenomenon as Jenglish. I found three reasons to why Jenglish is so hard to decipher. Japanese phrase dressed in English words What many Japanese did was use their (Japanese) way of expressing in the English language. This gap gave birth to such memes as: English: “According to Japanese law, customers under the age of […]